This morning the pugnacious, rapacious winds were running through the ragtag weeds, out of control, challenging the sun which had hardly even risen, leaves flying about like birds, every tree with its own song, anticipating a future but not knowing when they would be rocking seeds, stroking them, soothing them with soft sounds until they become strong enough to stand on their own. Is this the promise of spring soon to come? Azaleas already opening their eyes to look for early insects. Not yet midwinter. Groundhog still hibernating underground, cuddled up in the warmth of the magma, conversing with the earth’s spin, asking crystal balls about the cloud cover.
The buds are turning pink, the color of love. The bugs are turning blue. This was an accident, words playing tricks, thinking they know more than I, an incidence of binary interference, trickery of automatic correction overriding my streaming consciousness. What was it trying to say? But, lavender is a spring color too, so let’s just go with it. Maybe add some pastel colored lizards throwing snowballs, battling beetles, gunpowder snails, exploding rocks. Ants jousting like madmen. Sword fights with ice cycles. Mushrooms shooting off cannons. Rockets knocking your top off. Snapping turtles. Watch out! What the fuck? Here comes a kamikaze duck! Groundhog, don’t push your luck! Stay at home, today, instead. Cover your head, burrow back in your bed. Spring will come early if you don’t come out. That’s what I’ve always said.

A Smile on Your Face

Digital Photoart “The Spirit of an Azalea” by Valeria Castellanos 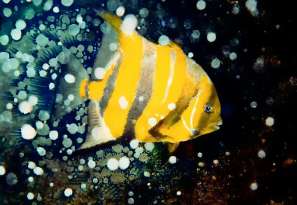 The Other Side by V. Castellanos 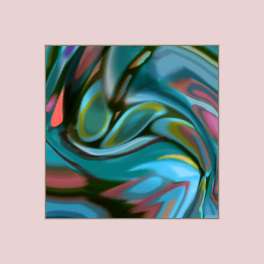 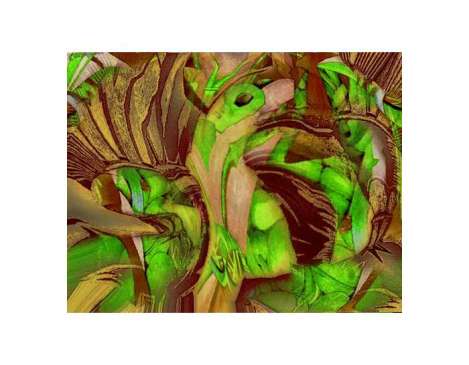